Back On The Rugby 'Intravenously Connected'

Over the past months my focus has been very much on my new waters, acquainting myself with new puzzles has injected me with a huge amount of enthusiasm. My old haunts have taken a back seat during this process, then out of the blue Rugby starting calling again and I accepted her request. Now with the summer fading we are being blessed with such a low sun and the idea of witnessing the Autumns arrival from the beach swim was too much to turn down.

Rugby is a very special water for me, I've never had it easy on there and every session I have had to be so focused, there are some special carp that reside within its waters but I find them very hard to extract. I guess this is one of its main endearing qualities, it's from now on-wards where things get interesting.

Not only are the carp starting to think about feeding for the colder months but the atmosphere at the waters edge has a certain romance to it. All that surrounds the lake are excepting their certain fate and as the temperatures start to fall our environment will become just that little bit more ruthless. For me this is a big buzz and as an angler I feel as if I am "intravenously connected" to the changing of the seasons, it's as if you develop an acute sense to all that surrounds you. Far away from the cities it allows you to interconnect with a truly grounding force.


It's Good To Be Back 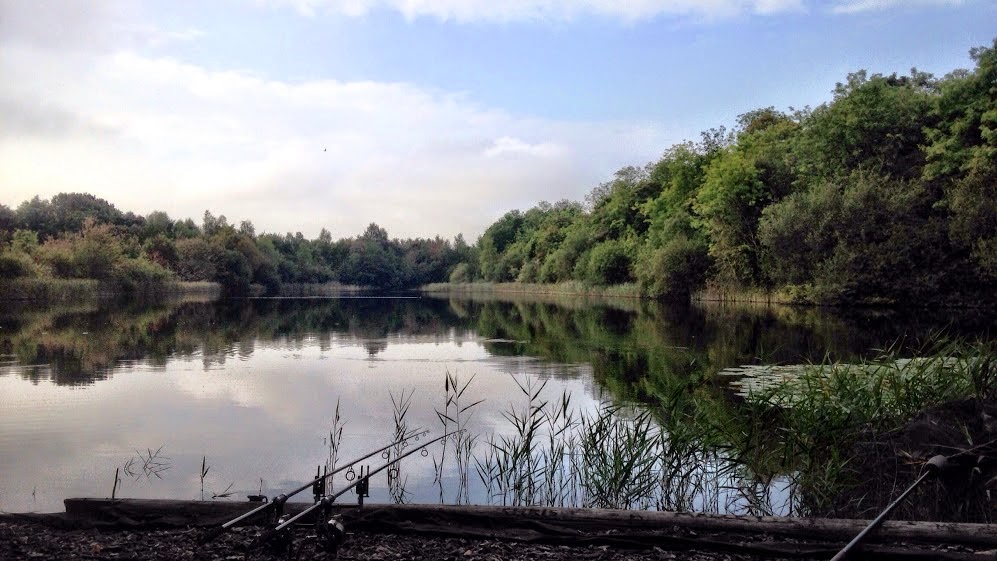 Before setting up I took a while to scan the lake for any signs of activity, there were a good few streams of bubbles kicking up at about 25 yards. I paid close attention and waited, once they'd dispersed they would then show up a few yards away from their original position. It was clear that something was down on the deck feeding, the bubbles didn't seem to be Bream or Tench, I was sure it was carp. This was a positive sign and as I slowly got my rods set up and made sure my swim was tidy 'military style'. I pondered over the exhausting question of "where to place my baits". Having only opted for fishing two rods as opposed to my usual three, my spots really needed to be correct.

Rugby has a lot of weed and every time I try to picture the bottom I have visions of a dark tangled jungle, I wasn't to bothered about locating clear spots, I just didn't want to be fishing in really heavy weed. My chosen bait for this session was my faithful Honey Nectar, it's nice and bright and stands out in the murk from the depths. Both baits would be popped up and I was going to doctor the rig so that the bait would sink as slow as possible, ensuring it would come to rest comfortably on what ever lies beneath it. I decided I was going to fish a helicopter system, long running so I'd have no worries about it being pulled down into any weed.

My chosen hook-link for this session was Rig Marole 'Hydro-Link', for those of you that are not familiar with this, it's a very versatile material that has fluorocarbon running through the center of it, the outer coating is an abrasive resistant braid. It's great for creating hinges and mimicking the mechanics of a combi link. It's very workable and steams out nice and straight.

Just to make sure the hook-link really sinks I treat it with Krystons "Drop-Em'. By doing this you are leaving a very thin layer of Tungsten putty on the outer coating of the hook-link, I have to say that it really does make a difference, especially on super supple materials that have a tendency to 'bow' up when they come to settle.


Inner Coating Of The Hydro-Link 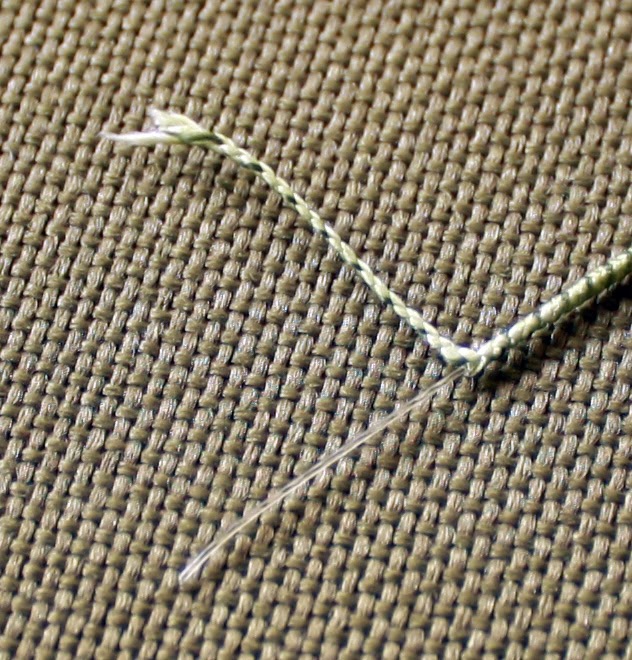 I favour a stiff hook-link material when fishing a rotary setup. I find by leaving the coating on the majority of the link and only stripping it near the bait end. The stiffness acts as a natural boom, add an anti-tangle sleeve on to the swivel and you can pretty much guarantee the elimination of any tangles. I have 100% confidence when fishing this rig and I favour it over the Chod. 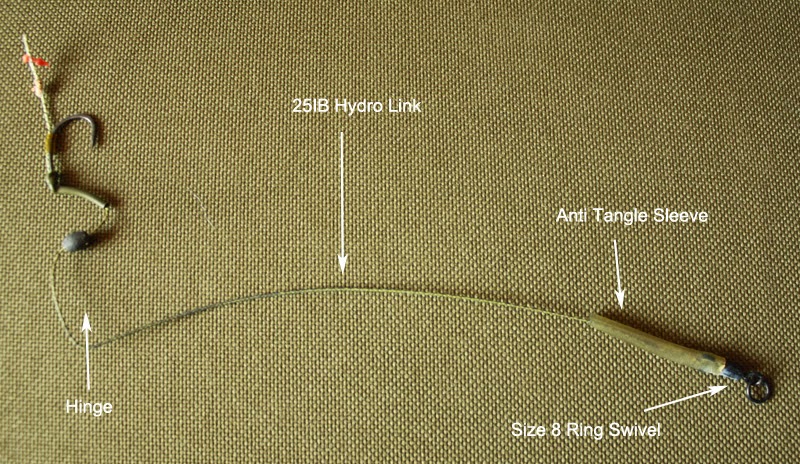 To finish this rig off and to ensure it casts nice and gracefully, I use a light riser lead. There are a few reasons for this, firstly the riser casts so well, because of its shape it slices nicely through any weed and finally it rises up quick on the retrieve. This stops you getting caught up in anything if you are fishing near or over big weed beds. 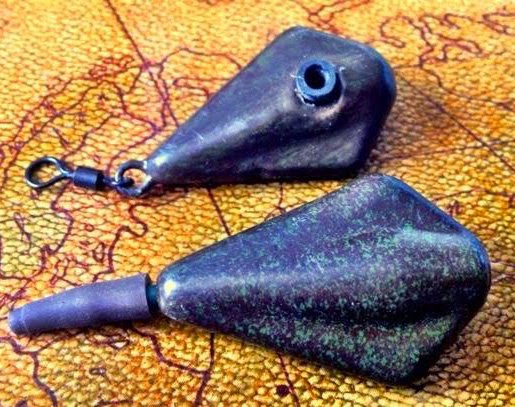 Once both rods were rigged up and double checked for the ultimate presentation, I decided to fish both of them straight out in front of me. Near the zones that I saw the feeding bubbles coming up from. My hope was that if there were a few carp in the area and they were up for a munch, then they might just be tempted by the sweet Nectar. Because the main features get so much pressure I thought that placing my baits unassumingly in the open water might just do the trick.

Rugby, compared to most lakes can start to get you fishing in a very one dimensional manor if you're not careful. I am starting to feel like the marginal reeds and overhanging trees have really had their day, those spots are almost too predictable and I think the carp are wising up to these zones in regards to their feeding habits... I might be wrong though, but I just don't feel confident targeting a spot that sees so much angling activity. 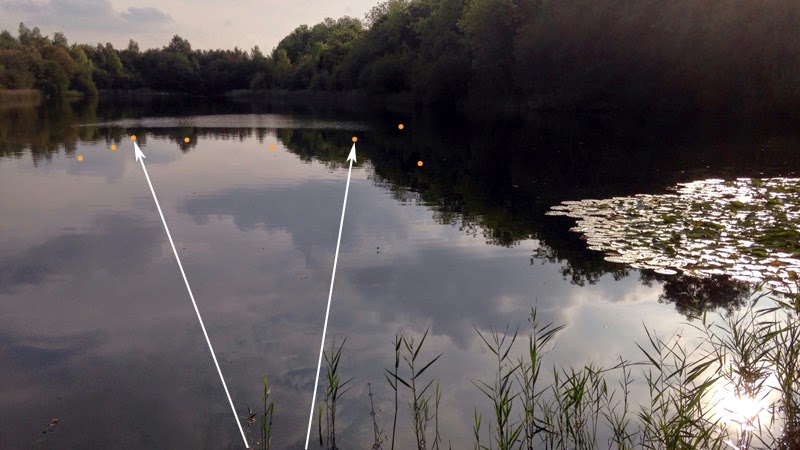 Both rods were out, I added a very small spread of boilies around both rods, I didn't want to go over the top with the loose feed. I watched the water for a while, made a coffee and sat back to soak it all up. I knew I was going to be in for a long wait, it's always the same, of course there's a chance that nothing would materialise at all, but I find the more I 'will' something to happen, it usually does.

I proceeded to get stuck into my book, 'Seductive Poison - A Jonestown Survivors Story Of Life And Death In The Peoples Temple'. I highly recommend it to those of you who are interested in both cults and mind control. In between each chapter I was keeping my eyes on the water, the hours were ticking by and I started to feel, if I was going to get a fish, it would be later on in the day.

There is a magic hour on Rugby and after a morning and afternoon of strong coffees and heavy reading I was starting to wonder if I was way off the mark in my approach today. But my hope swayed into excitement when I started to see a heavy stream of bubbles kicking up very near to my right hand rod. It was fizzing and moving closer to my spot, I got a few bleeps and then the rod was away, it shot off like a bullet train, I grabbed my rod and held on for dear life. The fish felt heavy and was giving more than it was getting. I kept the pressure on, slowly tightening the clutch to try to pacify the situation as much as I could. I was gaining ground, the fish kited in close and I caught a glimpse of a chunky looking mirror, it looked a good 20IB, my heart was racing, more pressure was needed, nice and steady, she retired to her side, I went at her with the net... result! 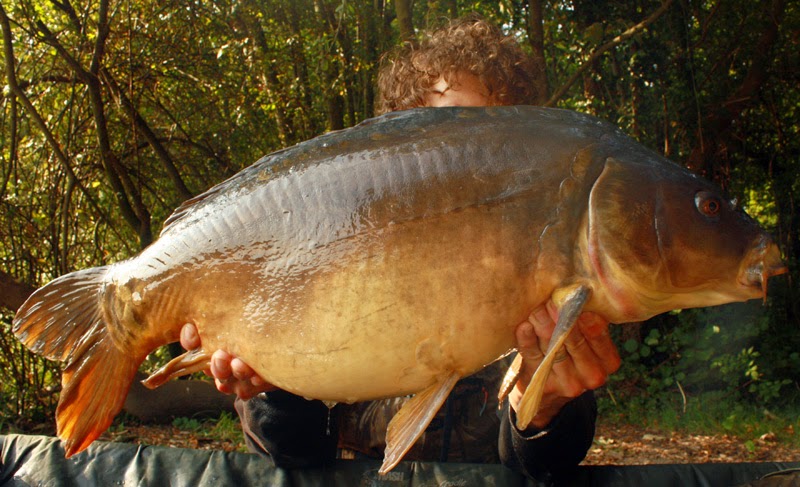 With the scales slipping to 24IB exactly, to say I was over the moon was an understatement. The fish was perfect, proud and spotless, after a few pics I got he straight back. The trip had been a success and coming back to Rugby after so long to be met with one of her prizes was a gift within itself.

In my blog posts I speak a lot of connections, connecting with your environment is one thing, but connecting with an awesome carp is a different ball game. It's as if you have been given just that little bit more of a chance to understand the greater good. As I packed up and drove out the gates of the Paddlesworth complex, I had a sense, another itch that I had to get out on the bank at the next available opportunity, I had a feeling that something special was on the horizon. 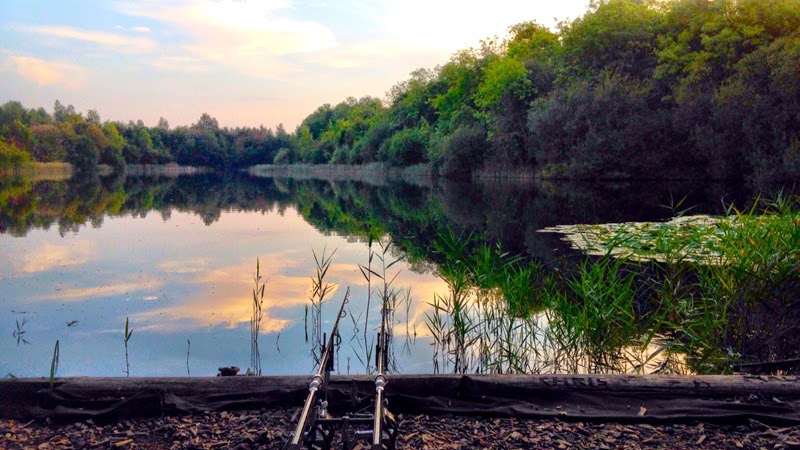 Posted by Charlton Carper at 05:37