"As in all my reviews I'd like to start by stating that I'm in no way connected to new direction tackle. This is an independent write up that I hope might help you out if you've been thinking about purchasing the New Direction S9 bite alarms".

I tried not to do it but temptation got the better of me, I think it's time to admit that I'm a bite alarm junkie. However, when I purchase new alarms my older ones don't get relegated to the top shelf to gather dust. They're kept in a prime position amongst all my fishing tackle and will be used again when they take my fancy. I rotate all my alarms depending on what mood I'm in, there are days when I want to get my original chunky old FOX DXR's back on the buzzers, the classic 'micron' sound holds many fond memories for me. Then there are times when I want to down size and use my ATTs, it's "horses for courses". As we all know 'bite alarms don't catch us fish', but there's a buzz about looking at something different and hearing a different sound that seems to push the 'pleasure zone' button. The first thing that caught my eye about the ND S9's was the size and shape, they looked sturdy and compact and with a design that looks reminiscent to the head of a "decepticon transformer", I was pretty much sold straight away. 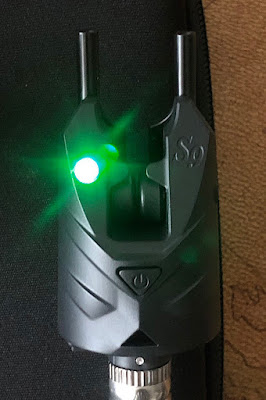 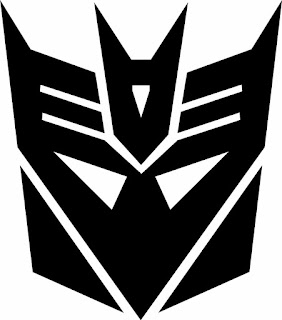 After a short while arguing with myself if I really needed another set of alarms, I bit the bullet and made the order. The anticipation of their arrival got pretty intense but before I knew it a few days past and a parcel landed on my doormat. I decided to order the presentation set that included 2x S9 bite alarms and receiver, this set me back a mere £95.90. In all of three seconds, I tore the packaging open and proceeded the 'grand unveiling'. The alarms arrived in a tidy little protective case, in a little mesh compartment housed in the lid were the USB cables that you use to charge both the alarms & receiver. 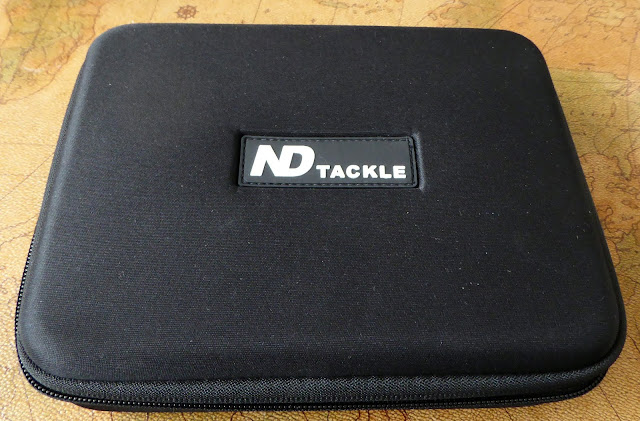 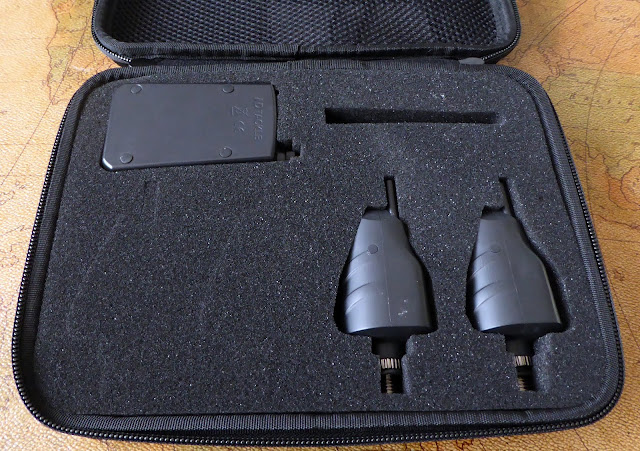 One nice little touch were the extra 'pull out' compartments that, if you decided to buy another alarm or two, you could safely house them all in the one case. Slipping one of the alarms out I was struck by how solid it felt, it didn't feel cheap and tacky. Same went for the receiver, it felt good in the hands, the receivers aerial simply screws on and it's ready to go. Everything came charged up but I decided to plug it all in to make sure all the three pieces were fully charged and functioning correctly. Both the S9's and receiver contain a '500mAH Lithium-ion Battery' that you charge with a USB cable, you don't have to worry about buying and changing batteries. The neat little screen on the receiver tells you the percentage of battery life left in each unit. 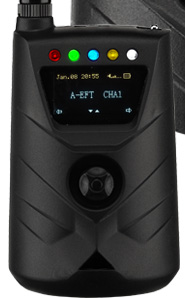 The stated standby time for both the alarms and receiver is 900 hours, it's hard to confirm if this is exactly right, I've been using them a lot since I purchased them and I've only had to charge one of the alarms once and that was only because it switched on in my bag without me knowing. I still have plenty of battery life left in the alarm I didn't charge and the receiver. Taking into account I made the purchase in August, I think that's pretty good going. When charging the heads you'll get a flashing red light that will switch off when fully charged. When charging the receiver each individual LED will flash and then go solid, this occurs with all five LEDs. When the receiver is fully charged all the LEDs will go static and stay on. The one flat alarm that I had to charge took about 35 minutes to be fully operational again. I have to say that I'm really impressed with the overall battery life, I can't fault it at all. 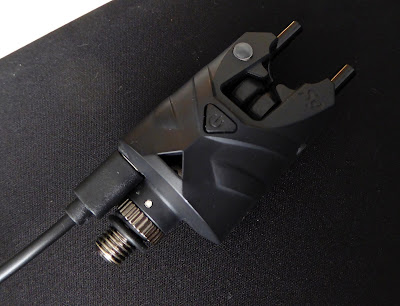 Taking a closer look at the alarm itself, you have two tidy little snag ears that can be screwed on and off, you have a single button, a small speaker hole and one LED. It's pretty much as minimal as you can get. Looking at some of the older bite alarms New Direction produced, to look at, they were all singing and all dancing with loads of buttons and flashing lights. The stripped down, 'no thrills' look of the S9 appeals to me a lot more. Also there were a lot of complaints in regards to the battery life of the older models. It's clear this time around they've stripped away the unnecessary 'cosmetic' features that could of lead to the problems with the battery life in the past, opting for simplicity. The single LED and the 'buzz' of the buzzer itself isn't going to be running the power down in a hurry. As with the JRC Radars, it took a few models before they really got it right. I believe New Direction have got it right this time around with the S9 series. 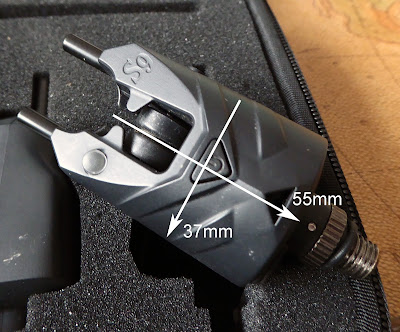 So now lets take a closer look at the 'SPEC'.

Bites are detected via roller wheel, there are 10 settings of sensitivity. I use it on the highest which is exceptionally good, if you gently flick the alarm body the alarm will buzz. I'd probably go as far to say that it comes close to being able to detect vibration. The volume has 7 settings including silent, I always have my heads muted or on a low volume as not to disturb anyone, relying on the receiver to alert me. I can confirm that both the speakers in the alarms and receiver are nice and clear. For me personally, I can't see me using many of the 'higher volume' settings. In regards to the 'tones', you have seven to choose from, starting with the lowest up to the highest. The sound of the buzzer is unique, and on the lower settings gives a very satisfying buzzzzzzz!!!!.  Not only that but the receiver will mimic perfectly the tone you've chosen for each head. 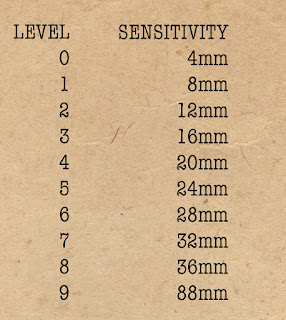 One feature that I really like is the fact that you can change the colour of the LED, you have five colors to choose from, you've got Blue, Red, White, Green and yellow. You assign the colour you want to the S9 head and then pair the receiver up with the same colour. You change the colour on each alarm by simply 'double tapping' the button on the alarm, this then allows you to shuffle through the colour options. Once you've decided which one you want, you move the roller wheel to assign and set it, it's very simple. Another feature that the button on the alarm commands is the option to 'MUTE' the head for 30 seconds. This gives you ample time to make adjustments to your bobbin. One point to take on board is, for the 'MUTE' to be effective you have to turn the receiver off as well. I find it quite annoying having muted the head only for the receiver to be firing off. 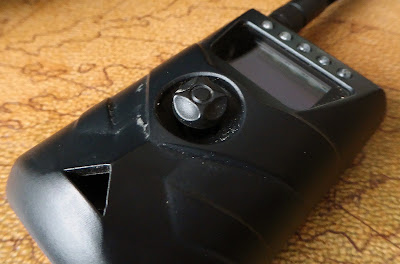 Lets now move onto the S9r receiver, this is a nice solid piece of kit with a magnetic back. To be able to access all the features on the alarm comfortably I recommend you purchase it. If you don't fancy the added cost you can download the 'New Direction' app onto your phone and connect to the alarm via bluetooth. But to be honest I wouldn't recommend it, I wasn't impressed with the App at all, it seemed very 'buggy' and it drained the battery on my phone at a scary rate. Adjusting the settings of the alarm is so much easier with the receiver. Everything is controlled via a small 'joystick', this allows you to remotely set the volume, tone and sensitivity of each alarm head. Not only that, it allows you to adjust the volume of the receiver itself and scroll through all the different menus. When I initially set everything up I found it a little complicated but it didn't take long for me to suss it out. Adjusting the settings wirelessly from the comfort of your day shelter when the rain is hammering down is a luxury and it works faultlessly. 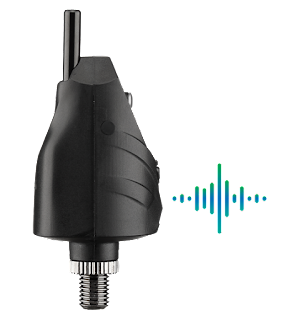 The screen of the receiver is nice and bright, as are all the 'mini' LEDs, you can set both the time and date, check the battery level of each alarm and it even has a tidy little feature that tells you how many millimeters of line has moved through the roller wheel if you get a liner or a full blown take. Along with all the above it has a silent/vibration option, a 'drop back differentiation' setting and a 'range testing mode'. I haven't used this specific feature because I'm close to my rods at all times, however I've never had a problem with the receiver not connecting to the alarms. If you're into your tech you can also purchase a 'smart band' this connects wirelessly to the S9 alarm heads, the band then acts as a covert little receiver that can be worn on the wrist, it has small little LEDs on it that you can pair up with the LED colour of each alarm and it vibrates. I haven't purchased the smart band and I don't plan to but it looks like a pretty good idea. 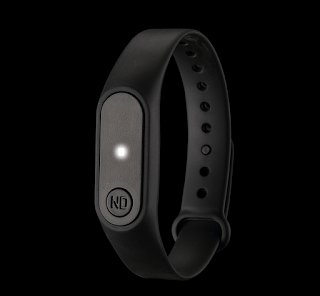 I've had these alarms in constant use since August 2019, it's now December and they haven't missed a bleep. They've been out in torrential rain, baking sun and ended up in the lake after a violent take, they work as perfect as the day I got them. In regards to the alarms weak points, I'm hard pressed to find any, the only niggle is the brightness of the LED on the alarm itself. On a bright day you genuinely can't see any illumination, but if you're using the receiver then this isn't an issue at all. Also New Direction are yet to produce a dedicated protective case for the S9 range, this is a little annoying and is the reason one of my alarms turned on in transit without me knowing. I think that pretty much covers everything, for the price you're getting alarm that stands up to other models at twice, even three times the price. New Direction have out done themselves with the S9 series, if you're in the market for a new set of buzzers that don't strangle your bank account then look no further. I rate them 10/10.

Waiting For The Run

Posted by Charlton Carper at 03:26