With the weather being so erratic it's made the fishing pretty hard work of late, on a fair few lakes it's looking like the carp are up for a second spawn. I decided I'd go to Birds Green for the last time in a while, I've got my sights set on other waters now. When I turned up to the lake it was really busy and talking to most of the anglers nothing had been coming out. After my blank down there the other week, I went back with a whole new approach in mind and still felt I could get a few out.

I managed to tuck myself in an island swim, I was hemmed in between two other anglers so I felt pretty limited. This time around I decided that I wasn't going to put any freebies in and just fish a single hook-bait with a small PVA bag, all three rods were on the blow-back which I have to say is becoming my favourite setup. 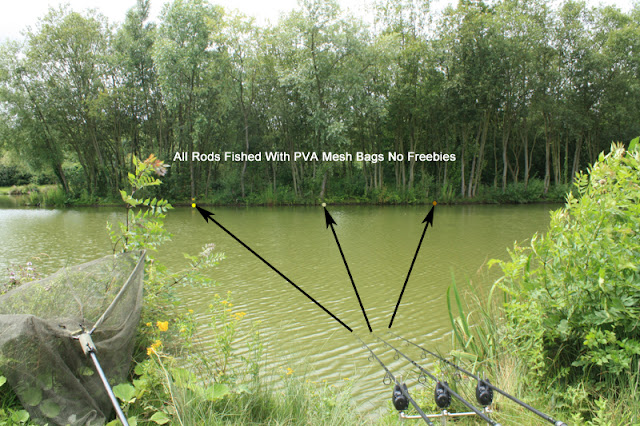 I decided to keep my baiting to a minimum because over the past few weeks I have been watching other anglers and it struck me that so much bait goes in the water, the fish have got a constant supply of food. On this lake especially I don't think the fish will sit feeding on big beds of bait solely because it's such a pressured water.

The morning came and went without any action, by this time the sun was beating down on my back and I could see fish milling around in the top layers of the water. The weather was playing havoc with the fish. First it was mild, then it was hot, then pissing it down, it came as no surprise my rods had stayed static. As the afternoon came I was thinking a change of approach was needed. I reeled one of my rods in and decided I was going to try some surface fishing.

I started to introduce small floater pellets into the swim to see if I could get the carp going. There was pretty much an instant response, a good few fish started to come up and slurp them up. I continued to introduce more pellets little and often. The carp were responding very well. I decided I'd try my luck, my surface fishing setup is very simple, I use a Korda surface float and a fake dog biscuit hair-rigged, I cut a line in the biscuit so the hook can slip nicely into it. 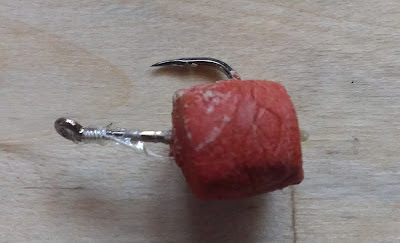 After casting out my bait was taken within about a minute of it hitting the water, the fish raced off peeling line from my spool, I was using my 9ft Greys stalker rod loaded with eight pound line so I had to be really careful. The fish was kiting from left to right, I managed to tease her my way, she really woke up underneath the rod tip so I just had to be patient waiting for her to tire. She eventually did and I slipped an amazing golden looking common over my net. Scales sunk bang on 16IB. 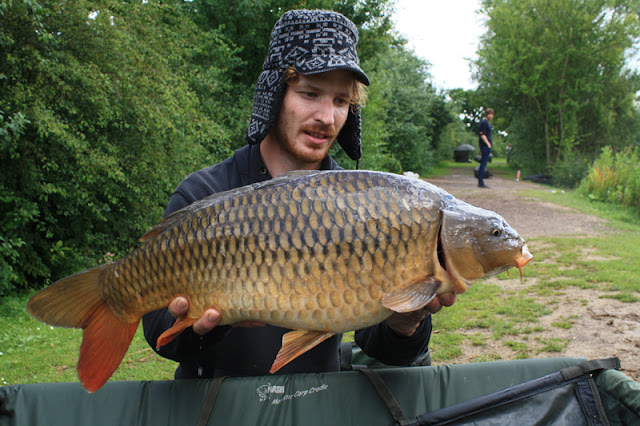 The fight had spooked the fish off and all the carp that were still on the surface had moved further down the lake into the bowl end, I couldn't get to them because there were other anglers fishing.

By now time was ticking by pretty fast and it was approaching five o'clock, I decided I'd recast all three rods in hope I could bag a fish off the bottom before I left. I decided to cast the baits a little further back off of the island. There were carp fizzing and jumping all over the place and I was certain that another fish was on the cards.

A couple of hours went by and as I was starting to pack up, my middle rod flew into life, I lent into the fish and it raced tight to the left along the islands edge. I gently applied the pressure and she started to steer my way, it was a real hard fighting fish and really gave me a run for the money. After about 10 minutes I slipped another perfect looking common over the net, she weighed in again at 16IB, I was very pleased because the fishing had been really hard and most anglers had packed up and gone home due to how quiet it had been all day. 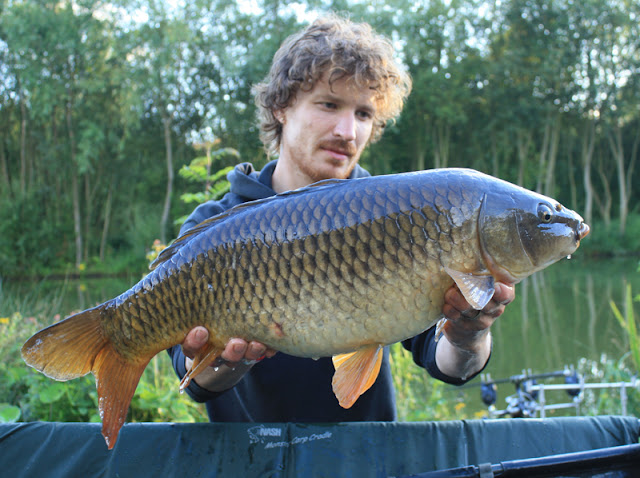 All in all I was happy with the result, like I said before, it really has been hard work this week with the weather conditions. It shows you don't have to cake the bait in to get results, if anything in the future on any pressured day ticket water I fish I am going to concentrate on location and keep the baiting up to a minimum.

Posted by Charlton Carper at 01:59