I decided I was going to do a couple of day sessions at Birds Green Fishery, I always arrive at the lake for about 11:00am, the thing I love about the top water and the fishery as a whole is the fact that all the big carp in the lakes are commons. This is rather unique because nearly everywhere I fish it's the mirrors that seem to dominate.

Over the months I have been slowly introducing my bait into the water and my results have been steady. Many people say that Birds Green is a runs water, I don't really agree with that, we all have those sessions where you can't seem to do anything wrong and every lake has the occasional day where the carp are just on the feed. When this happens you can get the wrong idea about a water, I've done well at Birds Green but in the same breath I have also blanked a good number of times, the carp can be very moody and finicky, it is definitely a water that switches off when there are a lot of lines out.

When I arrived at the lake it was surprisingly busy considering it was a week day. I decided that I was going to fish the island, in the past I usually avoid the island because it gets so hammered. My chosen spots were all taken so I kind of had no choice. I had a few casts with a lead to make sure my spots were clear of any under water debris and decided I was going basically fish about 5cm off the island under overhanging tufts of grass, the carp seem to move and show very close in, I think the island actually shelves under more than what you think. 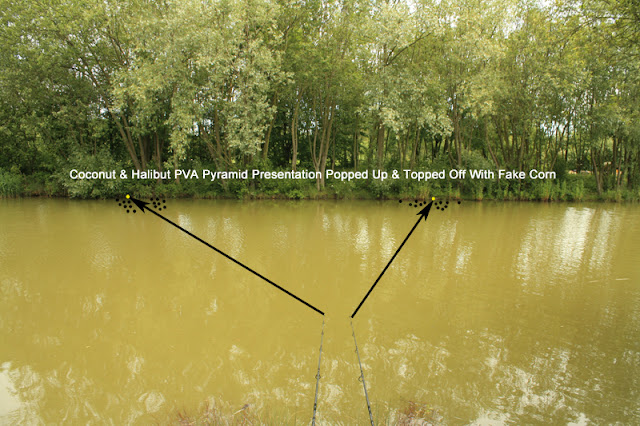 I got both my baits bang on the spots, put about 10 freebies on each rod, got my back leads on and then sat back to wait for the action. I try to make sure everything is pinned as tight to the bottom as it can be. At the moment I am using flying back-leads and standard ones teased about half a rods length from the tip of my rod, this ensures everything is sitting correctly, I then tighten up until my rod tip just starts to bend and then I slacken off a little.

There was a lot of casting going on either side of me from other anglers which was worrying, I felt this may put the carp on high alert. After fishing the lake a fair few times, I have noticed a fair amount of bubbling in open water, I've had some pretty good results fishing in the open but there has been days where the carp have been clearly kicking the bottom up but don't seem to take the bait. I have clocked these spots and next time I go back I'm going to get my weed rake out for a drag about to see if there's any natural food within these areas that the carp are getting stuck on. I did this before on one of my club waters and managed to find a slit pocket containing bloodworm.

Instead of re-casting a few times throughout the day I decided to just sit on my hands, I knew I was fishing correctly and it really was just the waiting game. The morning came and went without any action, a few fish topped near my spots but the alarms and rods stayed silent.


Bang On For A Bite 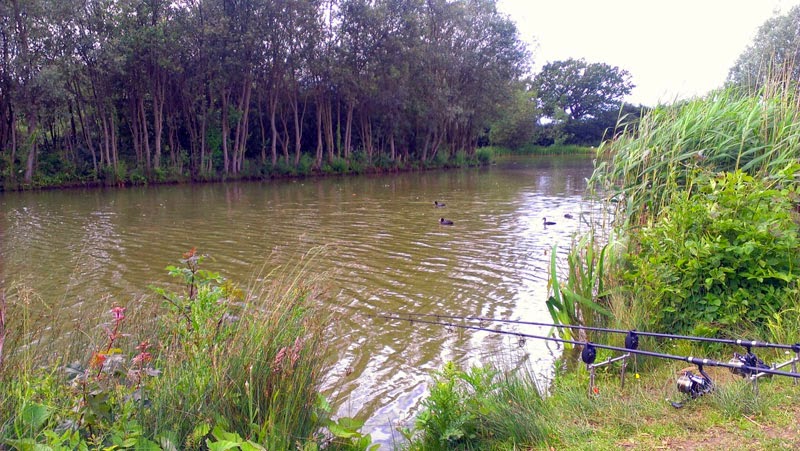 Mid afternoon I started to notice that the carp were showing more and I could see movement on the points of the island near where I was fishing. Suddenly out of the blue my right hand rod screamed into action, I lent into the fish and it kited tight along the side of the island, it felt like a good carp and was really ripping line off the spool. I started to gain control and I guided the fish back, it really woke up underneath the rod tip, I kept the pressure on, it was circling, I couldn't get her head up so I just held the pressure, she soon started to tire.

As the fish surfaced I realised it was a real lump, after a short while I pulled a lovely looking common over the net. As I lifted her out I had a feeling that I'd done another twenty. I laid her gently on my unhooking mat unhooked her and placed her in the sling, the scales sunk bang on 22IB. 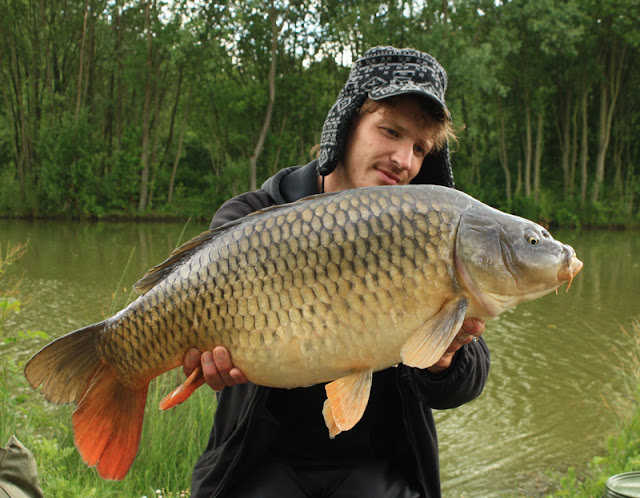 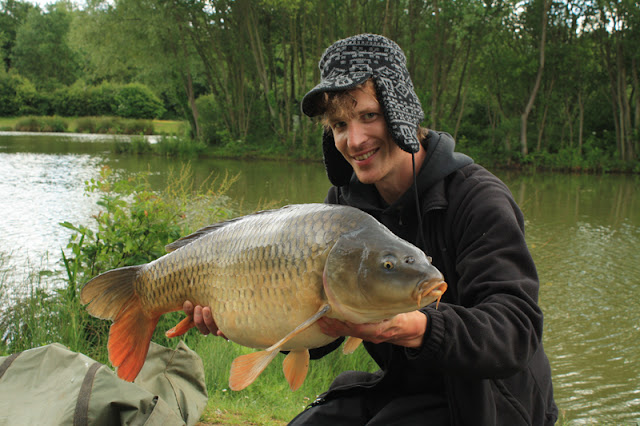 I was over the moon, the commons in this lake are so lovely and most of them are in mint condition, after a few shots I slipped her back. I re-cast both of my rods and sat back to relax, I topped both my spots up with about 10 baits, each rig was once again cast about 5cm off of the island. As it started to get later most anglers had packed up and left. I was sitting tight and waiting, fish were starting to show all over the lake, I felt pretty confident I could catch another one.

It was only a short while before my left rod tore off, I lent into the fish and guided her home, she came in pretty easy, I slipped a small but chunky little common over my net. I didn't bother weighing her, it wasn't a monster but I was still very pleased to get another take.

Not A Monster But Very Much Appreciated 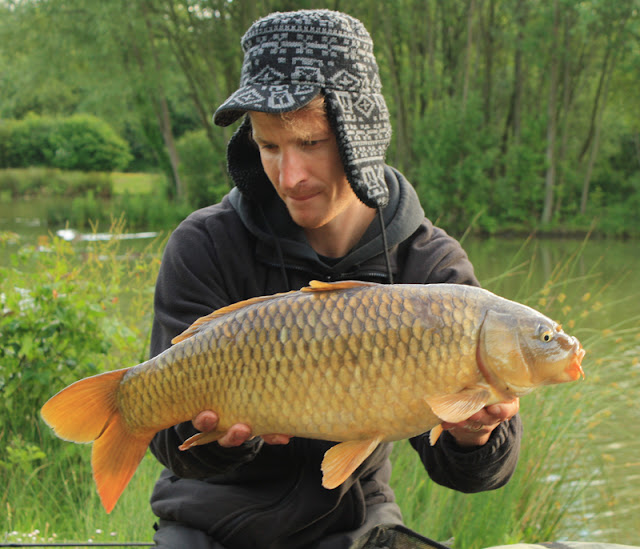 The evening came and went with no more action, I decided I'd come back the following day to give it another go. All in all it had been a pretty successful session, my coconut & Halibut was starting to do the business.

As I arrived at the lake for my second session it was once again pretty busy so I was limited to where I could go. I decided to setup on the opposite side of the island and again fish as close as I could. I was hemmed in between two anglers so my options were limited. I cast out my PVA pyramids, baited up with about ten baits on each rod and then sat back. There weren't many fish showing and I felt a little unsure of my spots because I had a lot of casting going on either side of me again. 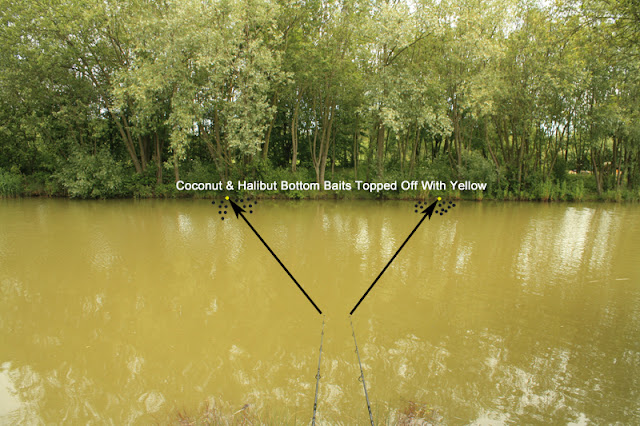 My rods had only been out for about twenty minutes before my left hand one shot off, I lent into the fish and it was lunging to the left, I steered her in my direction, she was really giving it some, waking up underneath my rod tip. After a fair fight I slipped a common over my net, she had lovely proportions, scales slipped to 14IB, I was really pleased with the quick result. 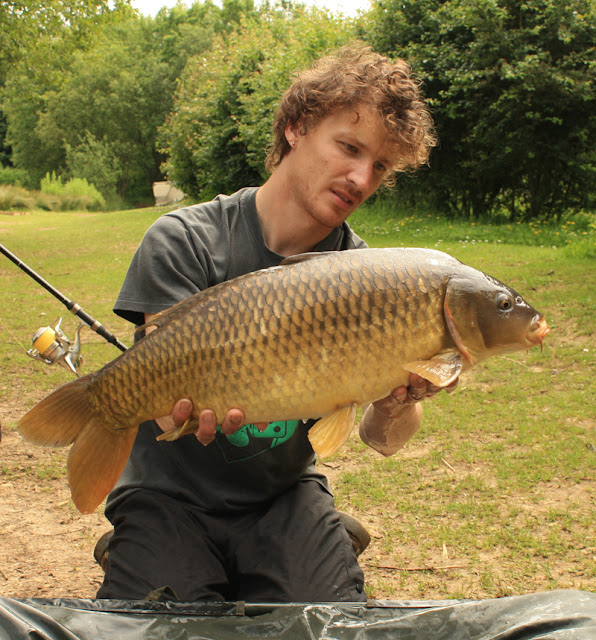 Slipping her back, I got my rod back out, once done I decided to work on getting my 'third rod spot' going, I chose to bait up the margin tight to the right of me, the carp do tend to move really close in, especially towards the end of the day. I kept adding bait throughout the day with the plan to fish it later, like I've mentioned in previous blogs, this approach can produce a quick bite. 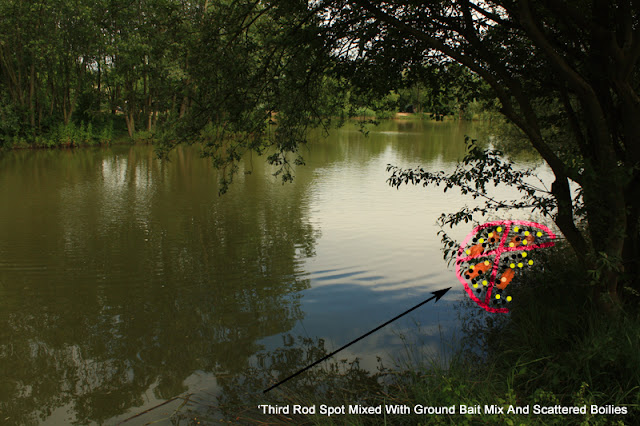 After the initial take things slowed up for me, I felt this was because the anglers either side of me were casting in and out an awful lot, I had a feeling this didn't give my swim a chance to establish itself. The day ticked by and my hopes of getting another fish were fading. Mid-afternoon came and the lake started to thin out so I was planning to move down to the bowl end to fish tight to the reeds, I had clocked a fair few fish showing in this area. Once the other anglers had left I shifted my gear down to the bottom margin swim. I baited up my 'third rod spot' with the intention of keeping an eye on it, if I saw evidence of fish moving in and around the area I would move back to fish it. 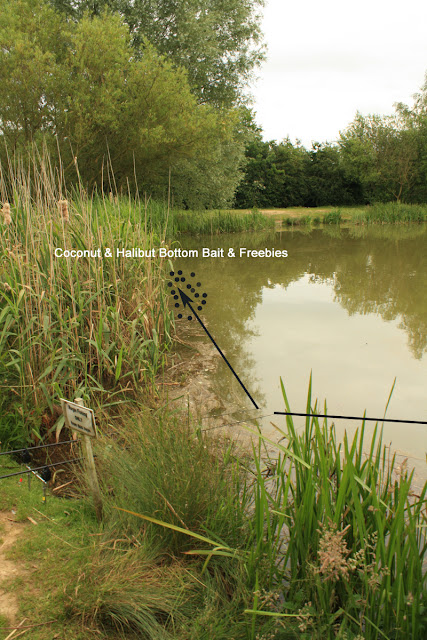 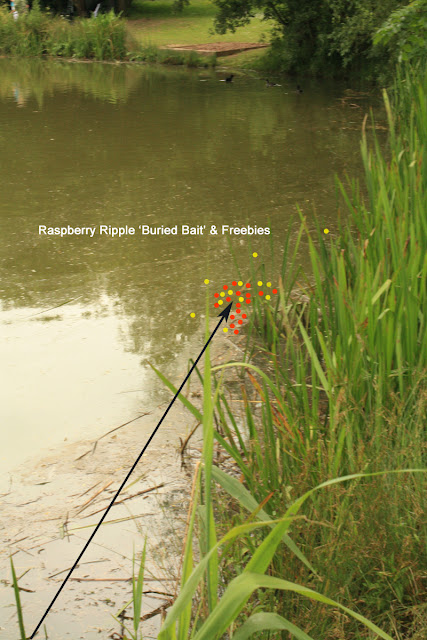 Because I was fishing so close in I managed to get both rods out with hardly any disturbance, I baited each spot quite heavily and sat well back from the waters edge. When I fish this swim I also put my rods further up the bank so nothing could spook patrolling fish. Because I was fishing under the scum line I put a PVA nugget on my hook to protect the point from collecting any debris. 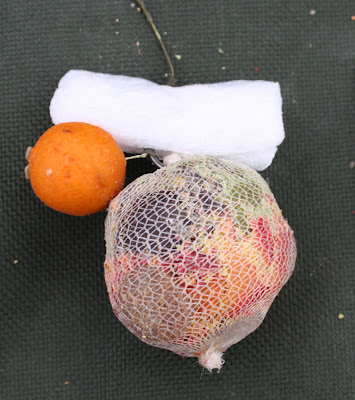 The rain started to set in pretty heavily and a fair few fish started to show in the bowl in front of me, I crawled down to look over the marginal reeds and noticed a few fish patrolling really close in, my confidence was sky high. Just as I got back to my seat my right hand rod tore off at intense speed, my rod tip was bending right around. I rushed down and lent into the fish, line started peeling off my spool at a great rate.

It was kiting around all over the place, after a few minutes the fish started to come in close, shortly after, a lovely common rolled up on its side as I teased her over my net... Result !! my move paid off. I put her in the sling, scales slipped bang on 18IB. 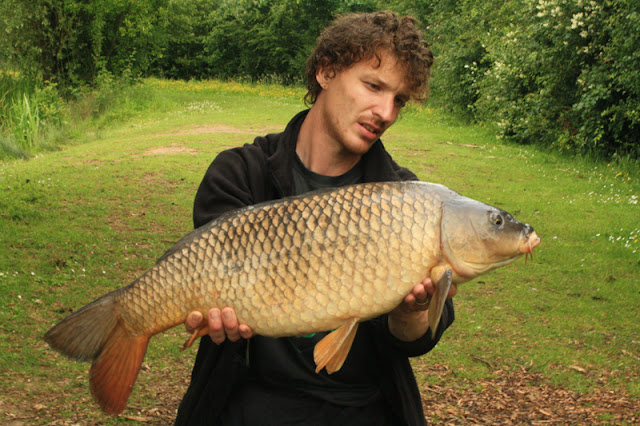 I was really pleased because my raspberry ripple and my 'burying the bait' approach worked, it goes to show you can catch fish right next to the rod tip if you are quiet and present your bait well. It was starting to get late and the rain was setting in so I decided to call it a day. I will be going back to Birds Green regularly because I love the quality of the commons in the water and there are at least 3 fish knocking 28IB. I think I'll stick to the approaches I am using and hopefully one of the big girls will grace my landing net in the not too distant future.

Posted by Charlton Carper at 13:03