I arrived at the lake with the intention of fishing the same area as the previous day. I started getting both spots going by firing in a fair bit of bait. I was just about to set my rods up when a guy appeared from the bushes saying that his rigs are on the spots I was baiting up. I found this rather odd, the fact he was fishing about five swims down from me. For arguments sake I got my gear together and headed up the lake. I wish he had told me before I started caking my bait in.

Due to other anglers fishing, I was forced to fish in the centre. The downside to this, I was now having to fish the back margin, an area that I call the 'red zone'. It was a long line of reeds that is very pressured, I'm not keen on fishing pressured areas or obvious features. The reason for this is simple, I believe the better fish have a tendency to avoid them.


This is where the thinking happens 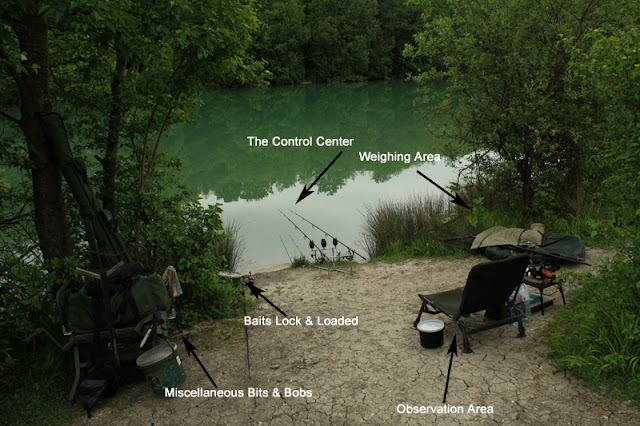 I sat for a while looking at the water in front of me, I knew there was a three foot shelf directly under the rod tips which steadily drops down to nine foot. I baited a small area out in front just to the left, I knew I was fishing on the drop off which is about four and a half foot. I baited up the reeds and cast both baits out. 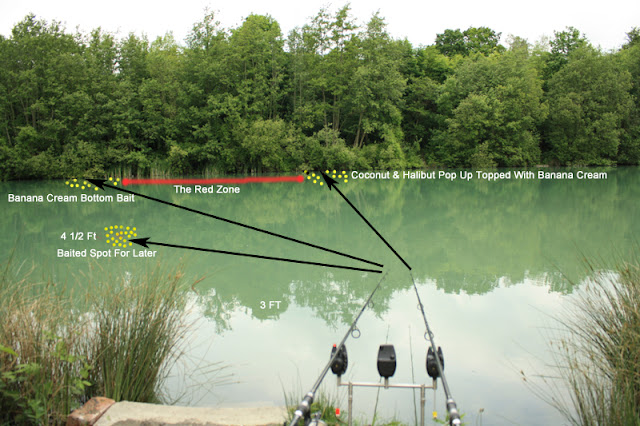 Even though I was fishing near my red zone I thought I'd give it ago for a while until I saw signs of fish near my third baited spot. One thing I have learnt with my time on Burrows is that if you see a fish show, more times than not if you cast to it you can get a quick take. 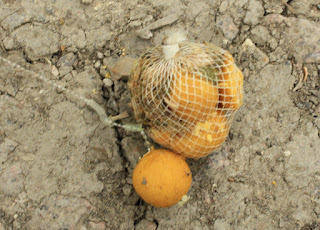 As expected no action came off the reeds, I left my rods out for about 4 hours. Within this time I was quietly sitting watching the water and I started to notice a few fish just under the surface cruising in front of me, surprisingly close in. Once they'd passed I reeled my left rod in and cast it out on my third baited spot.

Within ten minutes it had shot off like a cannon, the fish was taking line at a smoking rate, I really couldn't do a great deal with it, just when you thought it was done, it went powering off again. I had a quick glimpse of it and it looked like a pretty decent size common. Twenty minutes later I was still grappling with it, it just wasn't having none of what I was giving.

After about half an hour the fish started to give in and I proceeded to slip a big common over my net, it looked like another 20Iber, I couldn't believe I'd done two 20's in two days. It was still pretty lively on the bank, I had to take real care. As I put it in the weighing sling, the scales dropped bang on 22IB. I was over the moon. 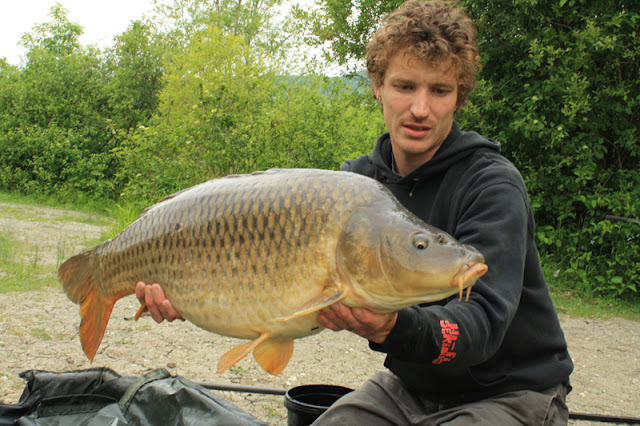 It was a blessing in disguise that I couldn't fish my first choice of swim, which actually is quite a valuable lesson. I'd done two twenties in two days on the new bait.

After this I left my rods out of the water for awhile and just sat looking at the lake. Just for the hell of it I decided to bait the back reeds up again and I'd only cast out if I saw signs of fish. An hour went by and I saw one swirl over the baited spot. I went for the gamble and cast a single banana cream boilie onto it. Ten minutes after, the rod went screaming off, it resulted in an 11IB mirror. Unfortunately I do not have a picture of this fish because my camera battery had gone dead. The gamble paid off, I am still not confident about that spot though, I think it gets hammered way to often.

I decided to pack up early because I'd felt like my job had been done, no one else seemed to be having much luck on the rest of the lake. Another day closed with some good results, I'm back off to the farm next, I need to bag one of the secret monsters that are lurking in the muddy water.

Posted by Charlton Carper at 01:44