The Clutch And Fish Welfare

In this blog I am going to touch on my feelings about the use of the clutch and certain aspects of general 'fish welfare'. Fish welfare is the main priority for me and it starts from the moment a carp is hooked. There is no excuse for lip damage or any other kind of injury to a fish. Obviously there are so many factors involved in hooking and landing a carp, there are times when however careful you are, small damages can occur. If I felt I couldn't treat the fish I catch with the respect that they deserve, I would give up fishing all together.

The Clutch, maybe a lost art? 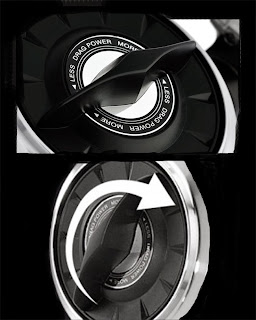 I started my quest for carp back in 1990, there was no YouTube, DVD's, Korda etc, and very limited magazines on sale, I have never been one to read the carp mags anyway. I had to learn everything through immense trial and error, Graham, who use to own Crowborough Tackle showed me a knotless knot and the rest I had to explore myself, it took years before I started to grasp things correctly. The beauty of this process was the fact everything was learnt on the bank, it was understood gradually so through the years you developed a broad understanding.

With the way the carp fishing industry has developed through recent years and with the explosion of the Internet, it's almost like the work is being done for you. Someone else gets out on the bank, films themselves, talks you through what's working and what isn't, how to find the fish, how to apply the bait etc. All from the comfort of your front room.

I feel this puts a hold on your own learning journey. You can't learn watercraft or how to handle a fish by watching YouTube, and you can't develop your own fishing knowledge by sitting at home. The only way you learn is by doing, a boxer can train and train but he only knows when he's ready for the fight when he steps into the ring, on his own. A band can rehearse a song endlessly but they only know if it's any good when it gets released. The best experience is your own experience and that is something that can't be bought.

I remember when I had a little float rod and I'd go fishing with a pot of maggots and my little landing net. I could sit and catch roach, dace, rudd, perch amongst others and I would be so happy. The feeling when that float bobs under was an indescribable sensation. From this style of fishing I learnt how to handle and carefully unhook what I'd caught. The first time I float fished for carp was on a private lake on the grounds of someone my Dad knew. When I hooked into my first carp from the water, the owner would guide me, telling me how to play the fish safely, slowly, and to treat them correctly, carefully unhooking them and placing them back to fight another day.

From that point onwards I felt what I was being shown became inherent within me, the care and attention I gave each fish I caught, resulted in them swimming back with no real harm done. Through the years I can't really remember ever catching a carp with bad lip damage that I'd caused, that might sound crazy to some, but it's the truth, I don't bully the fish, I savour every moment of the fight, we wait long enough for it. There have been a few occasions when the hook hold was weird or when my braid might have made a tiny incision, but that's about it, and all damage was carefully treated. I use a combination of "NT Labs Wound Seal & Propolis", I find both these products to be very effective and I wouldn't go fishing without them. There has been a few instances when I've had a recapture and the carp have been in good shape, the products had done their job. 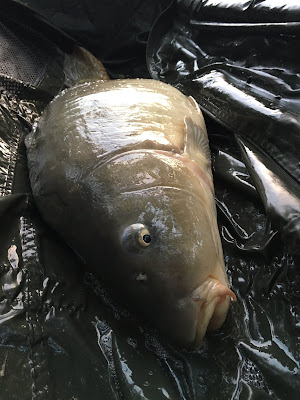 I stopped fishing most commercial waters a while back because on a lot of them the condition of the fish I was catching was unforgivable. I found myself coming up against the statement "Well What Do You Expect On A Day Ticket Venue". I am sorry but that is no excuse, a fish is a fish, be it a huge pit, a syndicate, small water or a day ticket, they all count and having a blase attitude towards day ticket fish was something that just didn't rub with me. There is no prize for yanking a fish in quickly, bullying it and putting it under unnecessary stress. The fish will signal when it is ready to be netted, you can see it and feel it. And this now brings me onto my point about "THE CLUTCH". I have always been an avid user of the clutch, it's one of the most important elements for me along with the line clip. For many years I used bait-runners, I loved my Shimano 6010's and was very reluctant to change, I think it was the 'old school' in me. Through the years they got battered, the clutches were tired and as my fishing progressed I decided to invest in my first set of big pit reels. This would be the first time I was dealing with a front drag. I have to say the difference between the two was light-years, having a front clutch was a dream and it really seemed to put you completely in touch with the fish. You could cater for any tug and lunge, accommodating accordingly.

When I play my fish I get a sense when the clutch needs to be loosened, it all comes from the tip of the rod, once the tip is bent round, if the carp starts to drag the tip down violently, I will loosen off so the pressure from rod to fish is relieved. Obviously there are times when you have to give them a fair amount of pressure but I keep these to a minimum. Finding a fine line between being gentle but also keeping control is the key. With the ever increasing range of rods that are appearing on the market, test curves seem to be going up and up. With the correct use of the clutch you can still fish comfortably using stiffer rods without the worry of pulling the hook out. It is possible to find a sweet spot between reel and rod that is perfectly balanced. If your reel has a "Quick Drag" facility then you can fine tune even more. 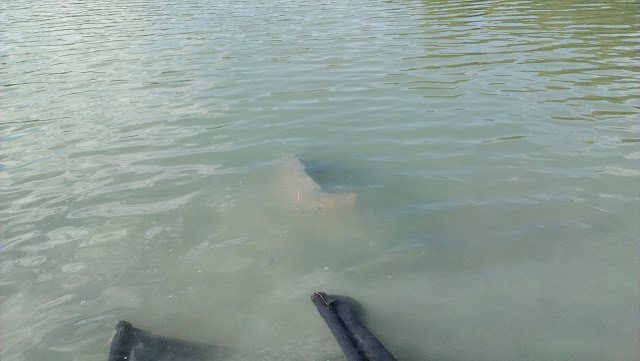 Up until around last year I have stopped fishing to bad snags or near any feature where the fish could get tethered, the idea of really heaving them out of branches has evaporated, this alone keeps the carps welfare at the forefront. The "fish at any cost" approach only puts the carp at greater risk. Nothing is achieved from dragging a fish through snags, lilies etc other than unnecessary damage, if you can't cast to the spot due to obstacles then you shouldn't be fishing there. I'd rather fish a spot knowing I can land the fish safely rather than a spot that poses the danger of a tethered fish. Again, there are some lakes were you can't see the snags and obviously there is always going to be those days where the fish seem to get away with it or lock you up, that is the nature of the beast.

It's pretty clear to me that as the carp fishing industry grows so does the demand for venues to fish, more pressure on fishery owners to stock bigger and better carp, imported or not. It's as if newcomers to the sport want to bypass the process of growing as an angler and developing both their skills and understanding. There's a hunger to just step straight into the realms of "needing to catch a thirty" - "disappointed it was shy of forty", this attitude alone devalues any fish caught that isn't 'a monster'. Where's the magic gone? and more importantly where has the respect gone?, not just for the fish but for your fellow anglers that share both your waters and this amazing pass time.

I believe there has to be a certain level of educating, be it in the mags or on the FREE '5 hour' promo DVD's, that educates everyone that's new to the sport about the importance of fish care and using your tackle correctly. A solid message has to be spread that todays big fish will one day be gone and the scamps or 'pasties', that some people seem to call them, will eventually be tomorrows monsters. It is our job as anglers to make sure the carp and the waters they live in are looked after and nurtured so the magic of this 'other-worldly' pass time can continue for years to come.

Posted by Charlton Carper at 03:58